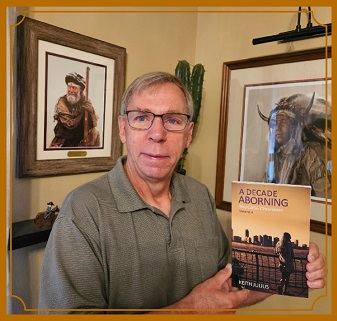 Over forty years of loving to read and yearning to write has resulted at last in Keith Julius seeing his first book in print - the suspense thriller "Remorse By Degree."

The last of 8 children (along with his twin brother) Keith was raised in a family that encouraged reading and learning.  At an early age he was captivated by such works as "The Call Of The "Wild", "Twenty Thousand Leagues Under The Sea", and "Tom Sawyer."  At age 12 Keith discovered Doc Savage - a pulp adventurer originally published starting in 1933 but resurrected in the early sixties in a series of Bantam paperbacks.  The stories still hold a special place in Keith's heart.

As he grew Keith's reading gravitated to weightier subjects and different authors.  As Keith explains - "My plotting has been heavily influenced by Michael Crichton's style and pacing while my attempts at creating believable characters and dialogue owe a great deal to John Steinbeck.  Not that I'm claiming to be anywhere near these two giants of literature.  But they are both authors I greatly admire and regard as masters of the craft."

Keith's newest works are part of “The CASA Chronicles” series. After spending several years as a Court Appointed Special Advocate dealing with cases of child abuse and child neglect Keith felt inspired to tell the world of the reality faced by many people struggling to deal with issues such as addiction, mental illness, and other situations that threaten to tear families apart. Though stories of fiction, Keith draws heavily from reality when describing the incidents and circumstances encountered while dealing with these often difficult and sometimes traumatic cases.